Content marketing for industrial distributors can be very challenging. The biggest problem I’ve seen is that there is very little differentiation between distributors serving the same niche. Their competitors show the same line cards and unless they sell online directly, site visitors can’t see prices, nor do they have any idea about the lead time. … Read more

Industrial lead generation is the lifeline for manufacturers, distributors and engineering companies when it comes to accelerating their pipelines and growing sales. However, turning new leads into sales is not straightforward or simple. Just like the hit movie, it’s complicated!

There are many reasons for the failure of industrial lead generation to convert into wins in long and complex sales cycles. Before I go into those, let me give you three real-life examples of conversations that I have had with industrial companies.

Example #1: The Head of Business Development for a manufacturer of compressed air dehydrators said to me, “My sales team can tell if a lead is qualified or not within five minutes of talking to someone.”

The problem was that his sales team wasn’t receiving enough of those calls and they were having a hard time getting in front of the right decisionmakers to make that qualifying decision. Sales were down as a result and they needed to fill their pipeline with more leads.

Example #2: The North American Sales Manager of an engineering company that designed custom-engineered skid-mounted modular process systems for the upstream Oil & Gas industry said, “We don’t talk to leads until we receive an RFQ/RFP.”

He didn’t want to sell on price because the company’s strength was in providing engineered solutions. Unfortunately, it was too late for his team to start talking about their expertise because the buyer had already reached the final stage of his/her buying decision. S/he wanted all vendors to conform to a given set of specifications so it was easier to do an apples to apples comparison of bids based on price and lead-time.

Example #3: The President/Owner of a Leak Detection and Repair (LDAR) services company that primarily targeted refineries and petrochemical companies, emailed me to say, “I want to meet the right people and if necessary, jump on a plane to go anywhere, but I don’t know who to meet.”

This client had tried email blasts to rented lists and telemarketing companies to set appointments. Neither of those tactics produced results for him. He was desperate for new leads. 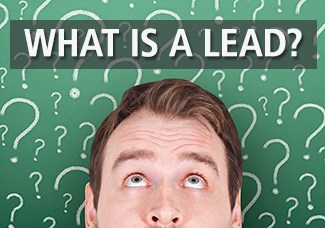 Every discussion I’ve had with manufacturers and industrial companies starts with “we need more leads” or ends with “we need results.” I understand and accept the fact that the main goal of industrial marketing is to generate leads. I have no issues with that but do these companies know what a qualified lead is?

That may sound like a dumb question to ask in industrial lead generation but in reality, you would be surprised by how fundamental and serious that question is. I’m not making this up or trying to be clever here.

Let me explain with three excerpts from conversations I have had in just the past few months.

Sales people have been using BANT (Budget, Authority, Needs, and Timing/Timeframe) criteria to qualify leads and prospects for a long time ever since IBM first coined that acronym. It made a lot of sense from salesperson’s point of view because they want to know up front if the prospect has the money or can get the budget approved and has the buying authority. They don’t want to waste their time on unqualified leads. Nothing wrong with that!

Read moreBANT May Not Work in Qualifying Leads for Industrial Sales

I hear too many manufacturers and industrial companies talking about creating campaigns because they want to pump up their lead generation. That mode of thinking is outdated and simply doesn’t work today where you are dealing with mostly invisible and self-directed industrial buyers.

Buyers are looking for information online and interacting with sales people on their own terms. Your industrial lead generation needs to evolve to meet their needs. Otherwise you are going to struggle generating qualified leads that turn into sales opportunities. That is a virtual certainty.

The old ways of industrial lead generation have changed. Engineers and technical buyers do most of their research, evaluation and finally selecting a vendor very differently today than in the past. Complicating the process is the fact that the buyers do not usually go on a linear buying journey. There are many stakeholders involved in the buying decision, some of whom may never visit your website and/or meet your sales people.

Now I know you’ve read/heard all this before so what exactly is different about lead generation today? Here’s a handy chart from Marketo that explains the differences between then and now. 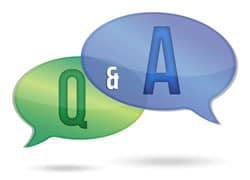 What are the top two things my clients want from their industrial website redesign? It isn’t too difficult to guess, they are:

Only if it were that easy to get from point A to point B, we wouldn’t be having a conversation in the first place.

Marketing automation technology is one of the areas where B2B marketers will increase spending in 2014 according to an article I read in the September 16 issue of BtoB Magazine. There are many more choices available today in Marketing Automation (MA) offerings and one can find the right fit at various price points. This post is not a product review or a comparison of different marketing automation packages. You’ll find plenty of such articles online written by vendors and independent marketing consultants. You can visit sites of different MA vendors and get the laundry list of all the features they offer.

I’ll stick to my area of expertise – industrial marketing and the use of MA in this specific niche. I have used HubSpot for about four years for two different clients and am now using Pardot for another manufacturer. I want to zero in on two key benefits of using MA for improving industrial lead generation and conversions.

Let me start by saying that I’m a big believer of Marketing Automation (MA) and have seen it produce incredible marketing ROI for some manufacturers and industrial companies.

Then why does the headline of this post make me sound like a skeptic? That’s because it’s a case of good news, bad news.

This infographic from Pardot (A SalesForce Company) shows the real results automation users are seeing, descriptions of how automation is transforming companies, and staggering growth statistics. 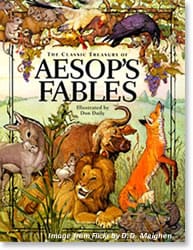 If storytelling sounds too “Kumbaya” to you for hardcore industrial marketing and sales, then I suggest you read on for a fresh perspective.

There is a very good reason centuries old Aesop’s Fables and others of that genre continue to be popular today for teaching valuable lessons. Their power lies in storytelling. Who doesn’t love a good story, don’t you?

Today’s industrial buyers believe in self-serve in the early stages of their buying journey. S/he wants to read content that will help him or her make a more informed decision. A hard sell would be a total turn off. For engagement to happen, you have to make buyers immerse themselves in your content by the stories you tell to sell your solution.

How do you make that personal connection? You do that by addressing their “What’s in it for me ((WIIFM)” concerns. It’s about them, not you! By telling stories that are unique to you and your company. That’s how you differentiate yourself from others. Your competition may be able to outspend you and easily copy your industrial marketing tactics but they can never steal your stories and make them their own. See my post, “Content Can Differentiate Industrial Companies When There’s Parity in Value Propositions.”