BANT May Not Work in Qualifying Leads for Industrial Sales

Sales people have been using BANT (Budget, Authority, Needs, and Timing/Timeframe) criteria to qualify leads and prospects for a long time ever since IBM first coined that acronym. It made a lot of sense from salesperson’s point of view because they want to know up front if the prospect has the money or can get the budget approved and has the buying authority. They don’t want to waste their time on unqualified leads. Nothing wrong with that!

The problem is today’s industrial buyers are invisible for a better part of their buying journey making it difficult to use the traditional BANT method for scoring leads. (See Digital Marketing for Manufacturers: Making a Business Case.) Given this reality, a salesperson leading with BANT questions to qualify a prospect may not get too far.

Using BANT to identify sales qualified leads for industrial companies can be a challenge. I’ll share some real world examples to show you why it is so.

Example 1: A distributor of natural gas dehydrators and compressed air dryers got an email inquiry for a Gas Dryer Package. The email was from a project engineer with an EPC (Engineering, Procurement and Construction) contractor who asked for the quote on behalf of his customer. Even though the inquiry had very detailed specifications, it was for an overseas project that was at the budgetary stage.

So the budget was non-existent or unknown, the EPC contractor was the functional buyer but the final buying authority was his customer not him, the need was there but the timeframe was indefinite because the project was at the planning phase. Do you disqualify this lead based on BANT or do you evaluate the merits of the inquiry based on your own viability criteria?

Example 2: A manufacturer of IR thermal process equipment received an email asking about an application for drying waterborne adhesive on plastic film. In this case the need was there and was aligned with the manufacturer’s capabilities. However, any talk of budget was premature because the lead was exploring the viability of the application and had no idea of the cost. The inquiry was from a design engineer who was responsible for finding and specifying components but had no buying authority. Timeframe was short but undefined. BANT would disqualify this lead because of all the unknowns but without the design engineer specifying the manufacturer’s IR component, he would never get to the RFQ.

Example 3: A distributor of process automation equipment targeted MRO (Maintenance, Repair and Operations) professionals. His repeat business came from in-house shop managers and field supervisors. None of these people would meet the standard BANT criteria because they are only allowed to call suppliers from an Approved or Authorized Vendor List (AVL). This distributor had to use a completely different set of rules to qualify leads in order to get on his customer’s AVL.

Example 4: A manufacturer of leak detection equipment used in the medical device industry received a serious inquiry from a manufacturing engineer and it met all of the standard BANT criteria. However, when they reviewed the specifications; it became apparent that it was more of an extensive engineering change order to meet all the requirements. Was this really a qualified sales lead for this manufacturer?

Google “Is BANT dead?” and you will get 363,000 hits (as of publishing this post). So there are plenty of experts claiming it is. According to Dale Carnegie Sales Training, “The key to the BANT formula is asking the right questions.”

IMO, BANT is not dead but it’s in need of an extreme makeover especially when it comes to qualifying leads for industrial sales. 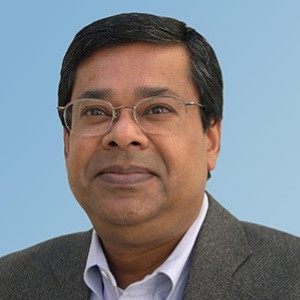 Achinta Mitra calls himself a “marketing engineer” because he combines his engineering education and an MBA with 30+ years of practical industrial marketing experience. You want an expert with an insider’s knowledge and an outsider’s objectivity who can point you in the right direction immediately. That's Achinta. He is the Founder of Tiecas, Inc., an industrial marketing consultancy in Houston, Texas. Read Achinta's story here or follow him on Twitter @Achintamitra.
All Posts »
PrevPreviousDigital Marketing for Manufacturers: Making a Business Case
NextContent Marketing for Industrial Companies – Is There Content Overload?Next

This site uses Akismet to reduce spam. Learn how your comment data is processed.

Marketing Matters is our monthly e-newsletter which is usually emailed during the last week of the month. Have the latest articles delivered to you inbox.

CAD and BIM files are not the first things that come to mind when one talks about manufacturing content marketing. However, they are two of

How to Make Industrial Email Marketing Work for You

Industrial email marketing may not get the same attention and love as it used to because of social media. However, don’t abandon it because it

Content Marketing for Manufacturers is filling the Trade Show Void

Trade shows have always been a big part of manufacturing marketing for generating new leads that convert into sales opportunities. Of course, the COVID-19 pandemic