Last week I downloaded and read the new research report, “Social Media Use in the Industrial Sector” published by IHS GlobalSpec. Some of the findings are consistent with their reports from previous years and others are good wake up calls for industrial marketers.

It is still true that most engineers and industrial professionals are passive users of social media – they prefer to “read, watch and research as opposed to publish, post and comment.”

Two statements from the report caught my attention. They are:

Those two findings should be a big wake up call for industrial marketers. First, industrial companies shouldn’t expect social media to pick up the slack if they stop doing things like optimizing their websites (SEO) and adding content assets such as CAD viewers and Parametric Part Number Finders to help their buyers take interim steps that will lead to the final buy decision.

Lately, social media seems to garner all the attention in the media and blog posts with very little mention about email marketing. This long time staple has become the Rodney “No Respect” Dangerfield of B2B and industrial marketing.

I’ve read several articles about the impending death of email marketing because of the steady decline in open and click-through rates (CTR). Are those predictions a little premature? Can we deliver a powerful 1-2 punch by combining  social media and email marketing? I came across two research studies that answer the last question with a big YES!

The first study done by AWeber (aff. Link), was a survey of small business owners and found that the two most common tactics used in 2009 were tweeting e-mail newsletters and sending out blog entries to e-mail lists. In 2010, almost 50% of small businesses will include “follow us” links in their e-mails, and about 44% will include share options in their messages. (See charts below).

Read moreSocial Media with Email Marketing – is it the Super Combo?

For a while, it was difficult to find hardcore data to make a business case for social media. I’m happy to see that’s no longer the case. Just this week, I received two invaluable reports with charts and graphs to answer many of the questions that B2B marketers have about using social media. The first … Read more

Saw a very interesting video where Seth Godin talks about how useful social media is to businesses. Even though the use of social media like Facebook, Twitter and LinkedIn is growing exponentially, there is a raging debate about measuring its ROI. I use LinkedIn and Twitter quite a lot in my online networking and sure, … Read more

Now that twitter has taken flight, there are dozens of tools available to streamline the process and make you more productive. If you are an avid Twitter user, these five tools will help you manage your Twitter accounts without tying up your entire day. 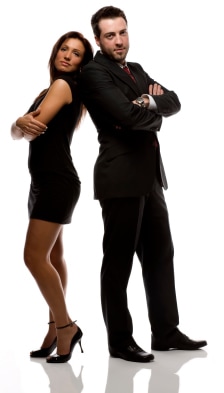 It is no secret that the whole social networking phenomenon got started with the younger generation. However, there is a distinct gender gap as its acceptance has grown to become more mainstream.

Rapleaf has done a study of 13.2 million people to see how they were using social media. While the trends indicate both sexes are using social media in huge numbers, their findings show that women far outpace men. Usually men tend to be early adopters of technology but when it comes to social networking, women are way ahead of the men.

The study found that among twenty-somethings, women and men are just as likely to be members of social networks. Facebook, MySpace, and Flixster are very popular. However, they found that young women are much more active on these sites than young men. In addition, men above 30—especially married men—aren't even joining social networks. With the notable exceptions of LinkedIn users and venture capitalists in the Bay Area "friending" everyone on Facebook, married men are not hanging out on social networks. Married women, however, are joining social networks in droves. In fact, women between ages 35 and 50 are the fastest-growing segment, especially on MySpace.